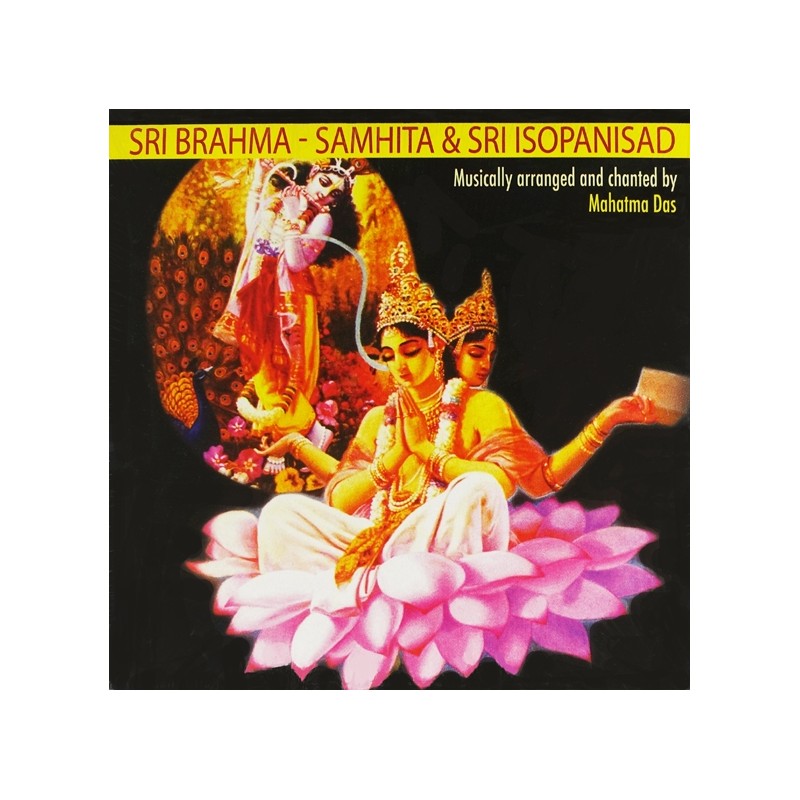 The Brahma Samhita was recited by Lord Brahma at the beginning of creation in his mature stage of realization. It describes his vision of Krsna and the spiritual world.

I am chanting verses 29 through 59. I keep the original Sanskrit meter and add chords and instrumentation. It is such a powerful and mystical prayer that when I perform this live I notice how people are especially enchanted by it. I think they sense that it is not of this world (or maybe that it is taking me out of this world as I chant it).

This production actually came about by accident in 1989. In my home I would sometimes chant the Brahma Samhita while playing chords on the harmonium. Since I found it so enchanting to use these chords, while working on another project, Our Only Shelter, I took a break and recorded this chord progression for fun while my engineer was out.

By the time he returned I had the basic tracks recorded. Working on Our Only Shelter was tedious and time consuming, and since we both really liked what I had just done with the Brahma Samhita, we thought we would work on it for awhile as a diversion. (At that point, we had no intention of making it into a full project). Miraculously, we finished the music in a few hours. We loved it so much that we decided right there that I should sing the verses and release this as a separate production.

The next week I recorded the vocals, and since Dravida was living in San Diego at that time, he was kind of enough to read the translations.

I have never worked on a recording project that happened so effortlessly. And this is the funny part: it became my most popular recording.

Since it takes about forty minutes to recite the Sanskrit and English, it left room for another track. As a new devotee, we would often chant the Isopanisad, so I thought it would be nice to record all the verses to the melody we used to use. My idea was that by making the music attractive, devotees could repeatedly listen to it, and by doing so they would automatically memorize the verses.

As I said, the interesting thing about this production is that it became the most popular recording I ever made. I continually meet devotees who tell me how much they like the Brahma Samhita and how they always listen to it, play it for their Deities, etc. The funny thing is that its popularity so overshadowed my other music that many devotees don’t even realize I have five other recordings.

I travel a lot and it’s common for devotees to ask, “Are you the Mahatma Das who sings the Brahma Samhita” (as if I were some rock star or something)? It’s funny how a recording we did to divert ourselves from our work on Our Only Shelter became so popular.

Krishna Caitanya, the engineer (Bhakta Chris at the time), played an integral role in arranging and mixing the music.